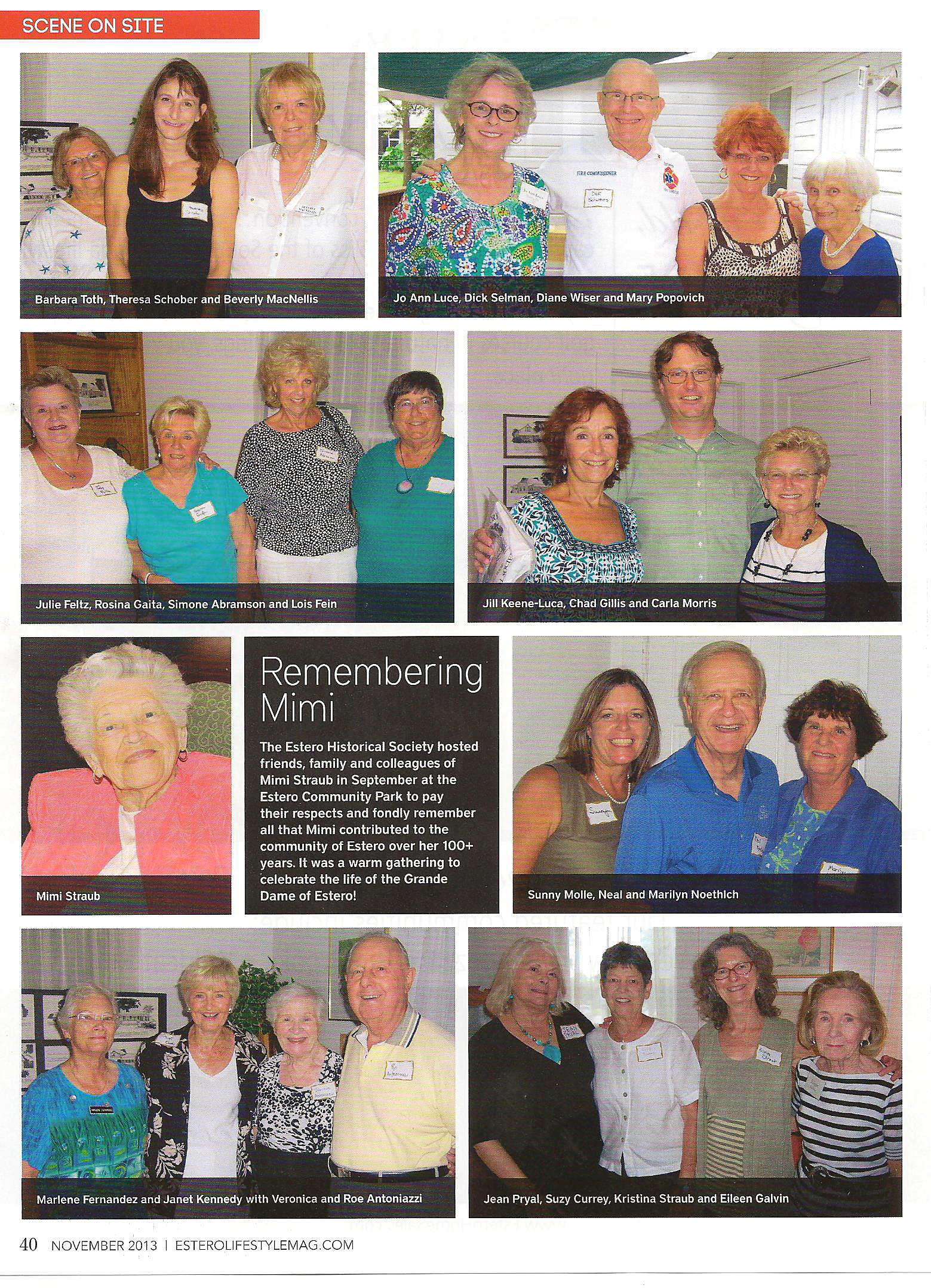 On Nov. 11th the Estero Historical Society held its monthly meeting and dedicated it to Mimi Straub.

She is survived by her daughters, Suzanne Currey and Kristina Straub. Mimi died in August 2013 and would have been 101 this month.

Estero Historical Society honored her with a birthday cake, a display of things from her life and pictures. Several people spoke of her. Joann Luce, a retired teacher and volunteer at Koreshan State Park, share a few highlights of Straub’s life. One of those stories will be about Straub’s dedication as a docent on Sunday afternoons in the Koreshan State Park, officials said. Straub loved regaling visitors with stories about learning the early history of Estero and how the Koreshans played an important role in Estero development.

Nola Boomer, a supporter and friend to the Society shared her stories of Mimi’s accomplishments.