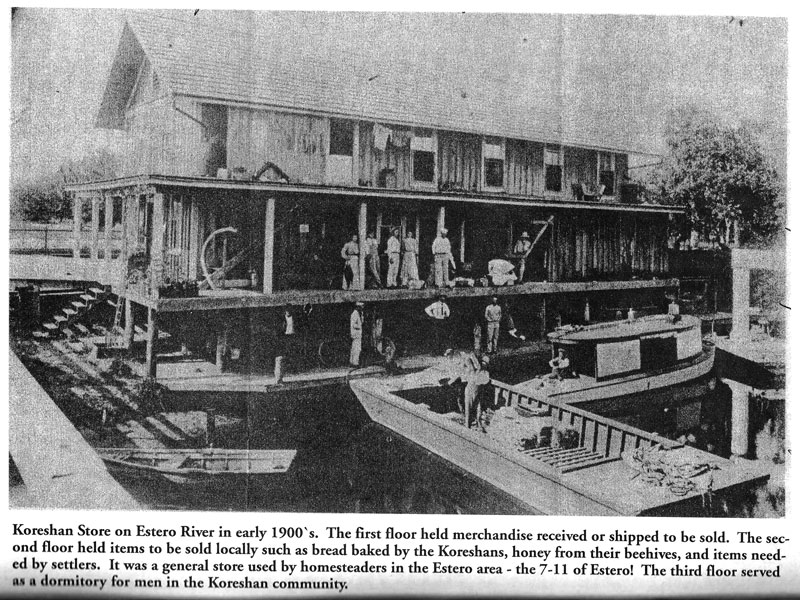 This is the Koreshan Store on Estero River in early 1900’s. The first floor held merchandise received or shipped to be sold. The second floor held items to be sold locally such as bread baked by the Koreshans, honey from their beehives, and items needed by settlers. It was a general store used by homesteaders in the Estero area – the 7-11 of Estero! The third floor served as a dormitory for men in the Koreshan community.