F. E. Hall (Franci8 Elam Hall Sr.) came to Ft. Myers in 1899 from Brooksville, FL to visit his wife’s sister, Mrs. Charles H. Braman. At that time, the Bramans owned most of the east side of That today is Highlands Ave. The north branch of the Estero River was called Braman’s Creek. The Braman’s deeded five acres of that land to Hall’s wife, Isabel Barbara (Law) Hall, in 1900. By 1902, Frank Hall was trustee of the Estero Creek School, post master of the official Estero Post Office located in his home and in 1904 became the Estero correspondent to the Ft. Myers Press. Through these columns a detailed, sometimes amusing, sometimes sad history of early Estero is revealed. Hall was a tireless promoter and champion of Estero. He said practically nothing about the tensions with the Koreshans during those years of Koreshan expansion, choosing to focus on everyday pursuits, weather, crops, social events and humor, always singing the praises of Estero. Through his columns you meet the other non-Koreshan residents: Ernest Frantz , the PoppIes, R,G. Collier, Keitte Leitner, John & Margaret (Smith) Furen, George Forquer, Andrew & Guy Smith & Guy’s in-laws Fred & Louise Hayes, the Conrad Menge family & more

‘The Hall house first appeared in county records in 1906, the year two rooms were added for the post office. We have no early pictures of the house and no family pictures.  We have learned that Frank Hall was a drummer boy in the Civil War; he played guitar very well & left his father’s O’Brien homestead to continue his education.

In 1908, after the reversal of the Estero incorporation, the official post office returned to the Koreshan store by the river. Hall stopped writing his Estero columns in 1914. After an onset of illness in 1917, he returned to the role of school trustee in 1919 & died in 1922 to be followed months later by his wife.

In 1925, W Stanley Hanson, son of a prominent Ft. Myers family originally from England, bought the Hall house from the Hall heirs, sons John & Francis E. Hall Jr. & their wives. Hanson -28 a county commissioner & long- time friend of the Koreshans. He was ‘widely known as the “White medicine man of the Seminoles,” had been a newspaper man, a real estate man, & now he purchased the Estero Inn complex from J. Guy Smith up the river. Sadly within a year or two the inn burned. He led the Trailblazers on their uncharted journey through the Everglades to Miami in 1923 to publicize the need to complete the Tamiami Trail from Tampa to Miami. Hanson’s occupation was listed as farmer in a 1927 city directory. Many wonderful pictures of the Seminoles & Hanson have been exhibited in recent years. Any book about the Seminoles will mention W. Stanley Hanson, their staunch advocate.

There are still some holes in our knowledge of the House history. During the WWII years a couple from Key West who were part Cuban, Carlos and Isabel Hertell & their children, Carlos & Florida lived there. USO dances were held there for service-men. Some time after 1945, Calvin Collier, a fisherman who grew up on Mound Key at a time when other families had gone, purchased first the Hall/Hanson house & then the former school next door. Rev. Paul & Florence Steffens of New York St. bought both places from Collier heirs in 1991. The Steffens were advised to allow the Estero .Fire Dept. to burn the two dilapidated structures as a training exercise. Instead, the historic nature of the buildings led the couple to preserve them. They were repaired and modernized thus saving an important piece of Estero’s history that complements the Koreshan State Historic Site.

This house was donated to the Estero Historical Society by the College of Life & was accepted for placement in the Estero Community Park along with the former 1904 Estero Creek School. The House has been adapted for use as the society headquarters.

The kitchen cupboards in the Hall-Hanson home and the school house were hand made by Jim Hillyard, an Estero long time resident. When it came time to put in the kitchen cupboards, the board decided to re-use the original ones that were in the home. The few in the school house were add to the Hall kitchen to make a full working kitchen. The wonderful thing was that we were able to get Mr. Jim Hillyard, who made them so many years ago to come back and do the kitchen in the newly renovated Hall House kitchen.

The Cottage and Gift Shop 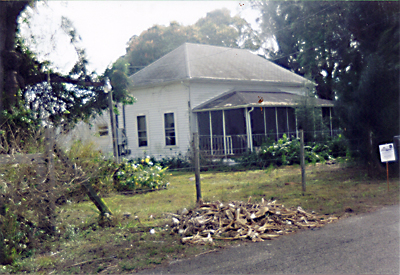 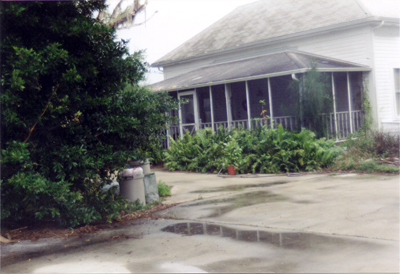 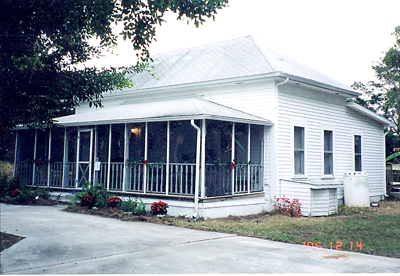 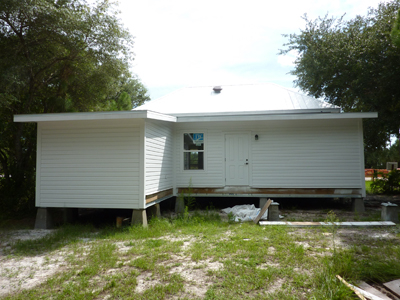 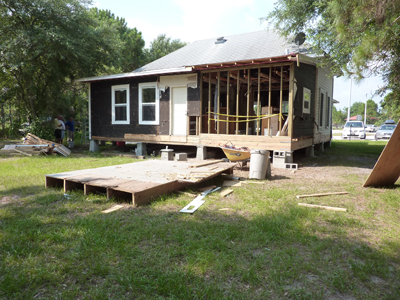 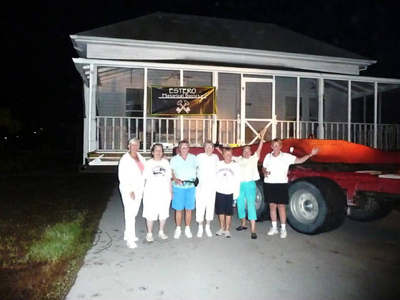 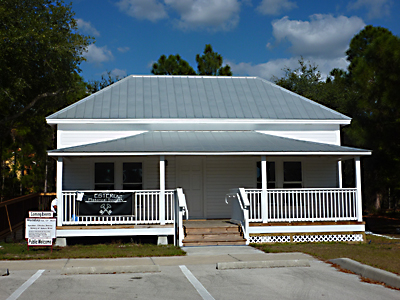 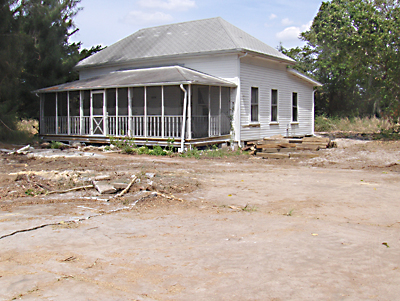 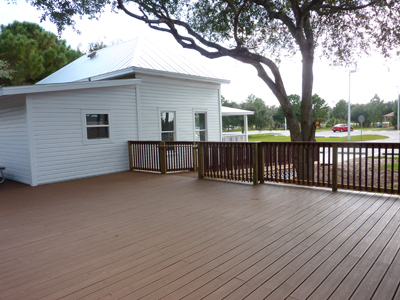 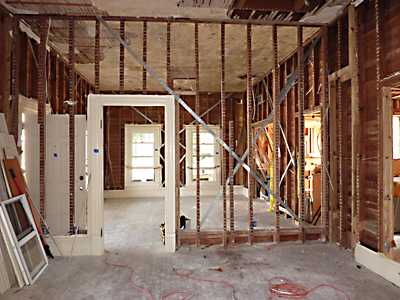 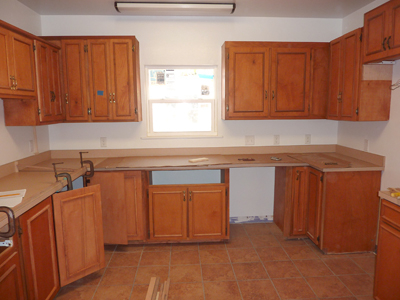 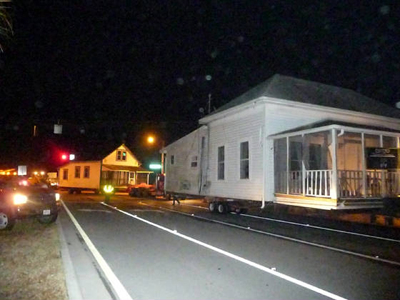 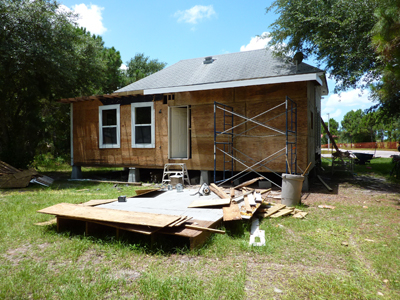 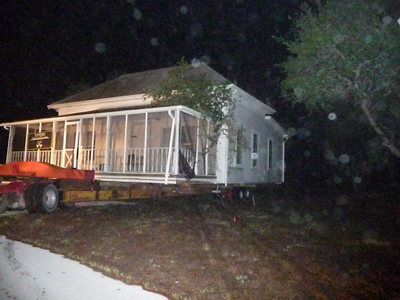