The Estero Post Office was established March 26, 1895.  It was located in a small one-room store on the Estero River a little south of where Damkohler House is today within the Koreshan State Historic Site.  The first postmaster was Allen Andrews, followed by Rose Welton and Annis B. C. Knowles, all young Koreshans.   Ernest Frantz, postmaster from 1899 to 1902 was a non-Koreshan citrus grower and a leader of the opposition to the 1904 Koreshan incorporation of Estero. This first combination store and post office was torn down in 1903, the same year a new and much larger Koreshan store opened on the Estero River where it crossed the sandy track to Ft. Myers and Naples.

Before the post office could be transferred to the new store, the non-Koreshan citrus growers, fearful of Koreshan domination, successfully petitioned the federal government to remove the official Estero Post Office from the Koreshan Unity and had it transferred to the home of Frank E. Hall on what is now called Highlands Avenue.  Hall became the second non-Koreshan postmaster on November 28, 1902.  Apparently, the Koreshans and the citrus growers each boycotted the other’s post office.  By 1908, the incorporation of Estero had been reversed and the official Estero Post Office presumably moved from Mr. Hall’s house to the riverside Koreshan store when the Koreshan, James H. Bubbett, became the postmaster on May 4, 1908.  Mrs. Rose Welton Gilbert, member of an elite female Koreshan leadership group, held the post from 1914 until 1941, making her Estero’s longest serving postmaster.  Since the last Koreshan postmaster, Marie Fischer (1941-45), there have been 15 postmasters or officers-in-charge.

Another Koreshan store was built in 1924 as river transportation was yielding to the automobile, but the post office remained in the Old Koreshan Store next to the river until the structure was destroyed by a spectacular fire on August 8, 1938.   The post office was then transferred about 50 ft. south to the New Store which is still standing on the Tamiami Trail today.  When the post office facilities in the Koreshan New Store became inadequate in the early 1950’s, a small, new post office structure was built south of the store using materials salvaged from within the Koreshan settlement.  Relocated with a new use, it still exists.

In 1960, the post office actually left Estero and was located in a storefront in San Carlos Park.  Through the hard work of Koreshan Foundation President, Hedwig Michel and her successor, Jo Bigelow, the post office returned to Estero in August of 1983 into a new facility on former Koreshan land on Broadway.  This facility is now joined by the beautiful, new Estero Retail Post Office, open January 20, 2009 on Three Oaks Parkway with Deborah J. Rardin, Estero Postmaster since 2005.

…..Historical summary by Georgia Nelson of the Estero Historical Society, 1-25-09 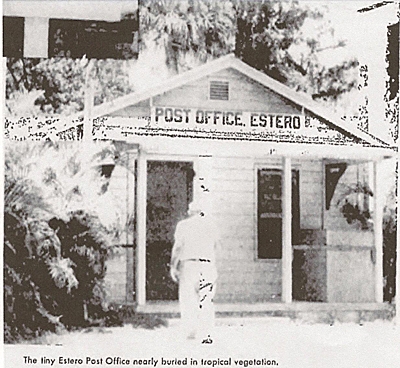 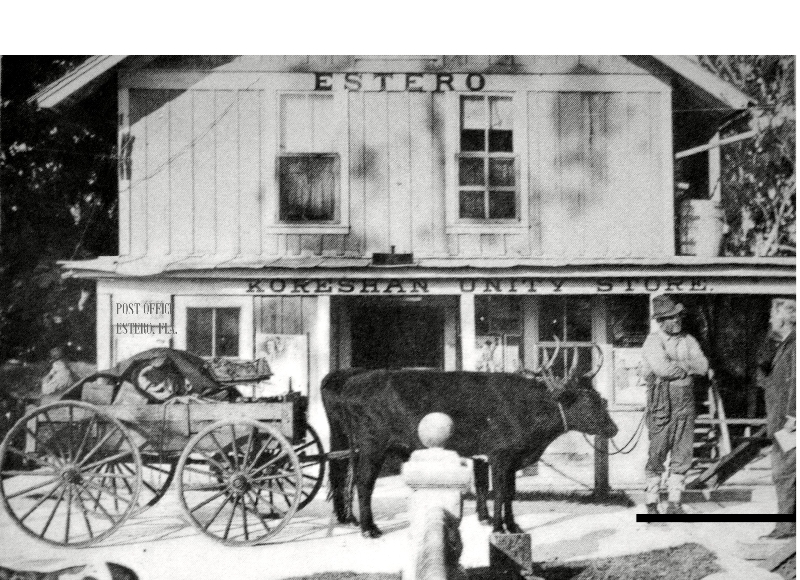 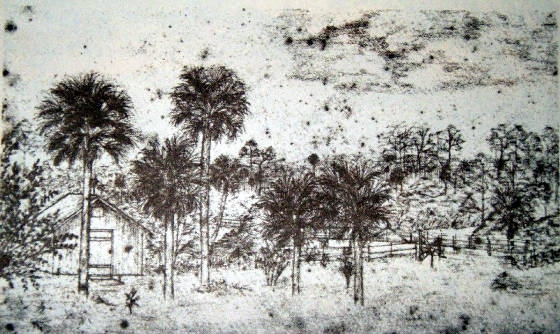