This structure was the second Estero Creek School. It opened in 1904 as a one room school and was moved along with its neighbor, the Hall/Hanson/Collier House to the Estero Community Park on May 14, 2009 from just south of the intersection of Highlands Avenue and County Rd. by the Estero Historical Society. It will be fully restored to the 2-room appearance it had in 1911 with 15 students.

The Koreshan Unity, which had its own school and already outnumbered the non-Koreshan Esteroians, was growing and had begun to seek influence politically. At the same time, a land boom resulted as citrus growers began to purchase land along the Estero River and other locations in Lee County. The first Estero Creek School opened in March 1901 east of the sandy track to Ft. Myers that is now U.S. 41 (Tamiami Trail). Its construction was funded by Estero farmers and citrus growers. The first teacher was a new grove owner, Margaret Smith from Pennsylvania. Another new grove owner, Frank Hall, was appointed supervisor of the school by the Lee Board of Public Instruction. The school operated until 1903. School Board minutes do not reveal the reason for its closing but it is likely that enrollment may have fallen under the required minimum. F. M. and Elinor Hendry, owners of the land south of the Halls to the river, had the oldest citrus grove in Estero planted in 1898. On Aug. 14, 1901, they deeded the NW comer of their land for a public school clearly stating it was to exclude the teaching of Koreshan
doctrine and the hiring of Koreshan sympathizers, but it wasn’t until Oct. 27, 1904 that the school was opened.

The recent incorporation of Estero by the Koreshans had excluded the citrus growers at their own request. The Ft. Myers paper did not list any bonds for the building of a new school. The teacher was Miss Nellie Hibble. Frank Hall, next door, continued as school trustee until 1909 and served again as one of three trustees from 1919 until his death in 1922. He often mentioned the school in his columns about Estero in the Ft. Myers Press (1904 to 1914).

The fierce hurricane of October 27, 1910 caused damage to the entire region including the school. It was almost a year later, in 1911, when the school reopened, repaired and expanded to two rooms and painted (white) for the first time. A shed like room which housed the younger children was added to the back and a front porch was built. This is the period we have chosen for our restoration.

During its use as a school, this building also was a Sunday school with 7S students started in 1913 by founders of the Estero United Methodist Church. It had an organ and traveling preachers came riding a mule or by boat to preach-on Sundays when possible. Public meetings were held here and social events such as school Christmas programs centering on a Christmas tree had the audience spilling to the outdoors.

By 1919, Spanish and Portuguese fishing families had relocated from Mound Key to what is now Highlands Ave, bringing school age children. In later years, crowding became a problem with perhaps as many as four classrooms squeezed into the small building. The school was open till 1927 when a new modern four room school with indoor plumbing and Mediterranean Revival styling was opened on Broadway with 100 students and four teachers. The Broadway Estero School (1921-49) is now a private residence and is located next to the old post office.

In 1929, no longer a functioning school, it was suggested that the 1904 building be repaired as a teacherage. Whether this happened is not known. The first Methodist Church was built on Broadway east of Highlands in 1929. In 1934, the school board relinquished the 1904 school property back to F. M. Hendry, who dealt in real estate.

Over the years, the 1904 school building has served as a private residence. It and the Hall-Collier house were purchased by Rev. and Mrs. Paul Steffens of New York State from the heirs of Michael Collier in 1991 and remodeled in 1993-94. The Hall-Collier and the school properties were purchased by the College of Life Foundation in 2003 and the two structures were donated to the Estero Historical Society in 2005. They had been first offered to the State for the Koreshan State Historic Site. Lee County Parks and Recreation head, John Yarbrough and park architect, Jeff Mudgett, agreed to place the buildings in the Estero Community Park. A check dated March 28, 2007 for $100,000 from the College of Life Foundation provided money to move them. Two Lee County grants in the sum of $36.000 have paid for a preservation plan and construction drawings but now funding for the actual restoration is needed. The Estero Historical Society continues to work hard, making and selling Edith
Trebell’s Mango Chutney, selling books, maps and other items, but we need others to partner with us to make the
dream come true.
Estero Historical Society (Georgia Nelson) 6-11-2109 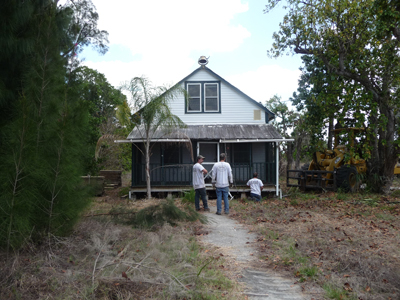 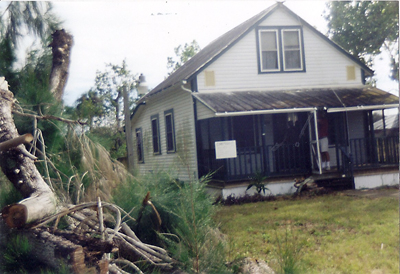 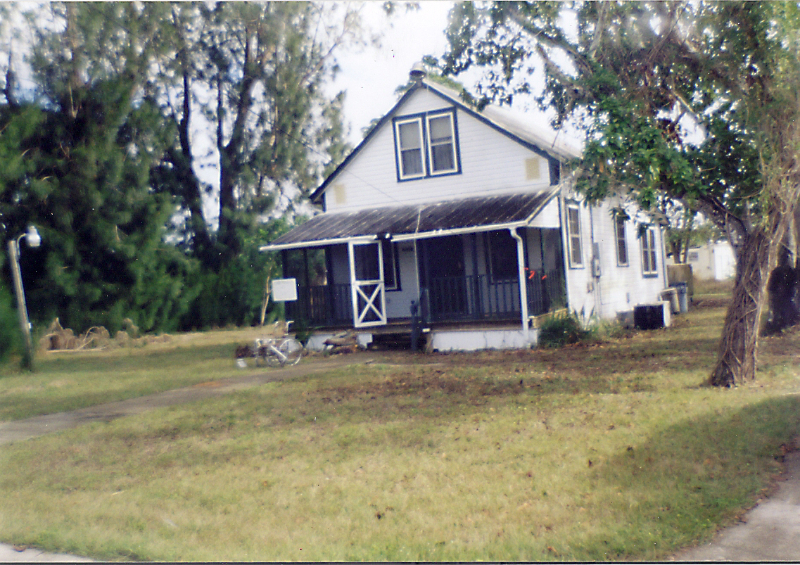 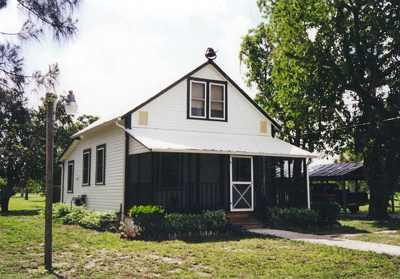 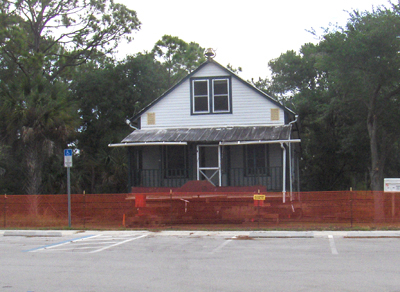 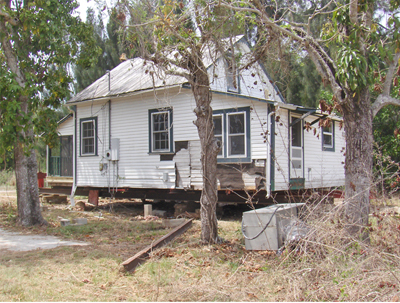 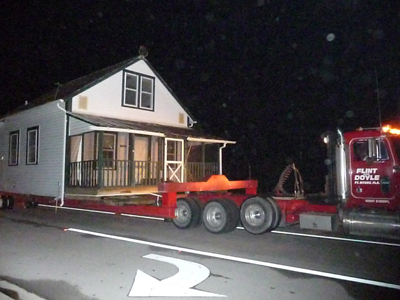 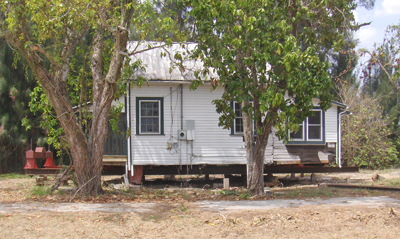 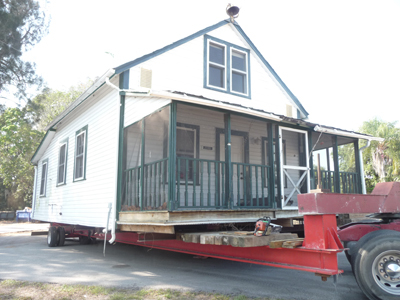 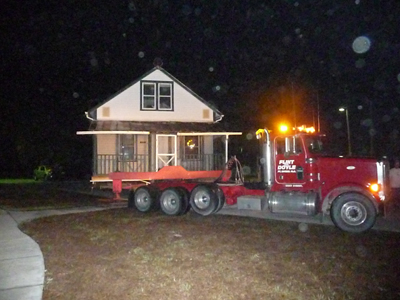 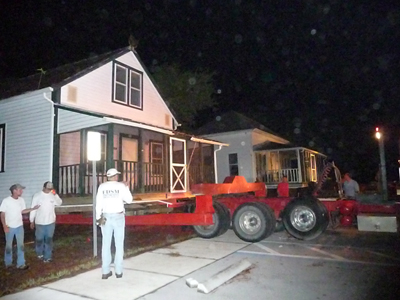 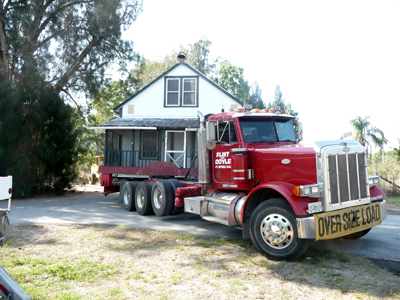 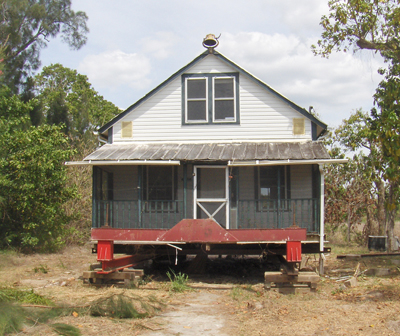 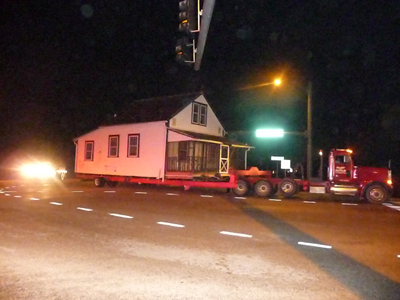 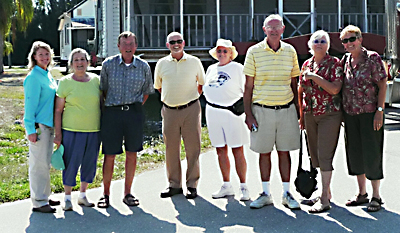