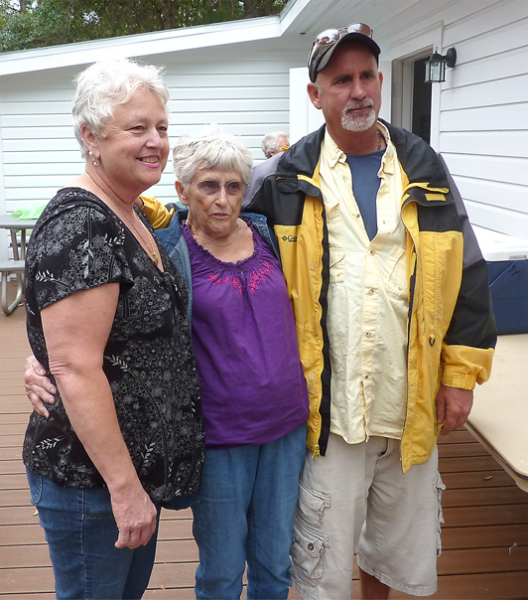 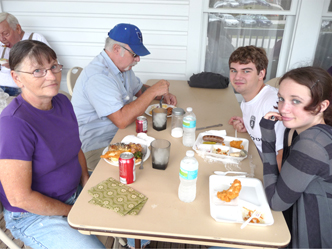 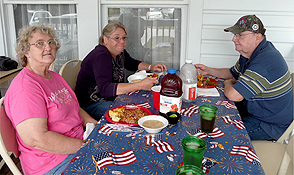 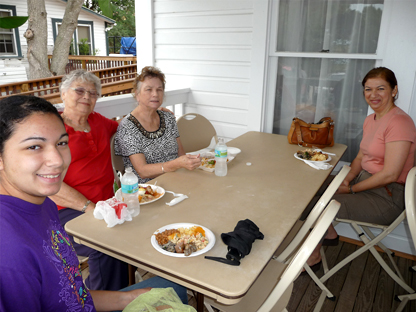 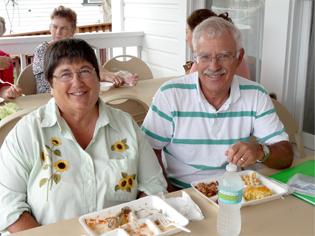 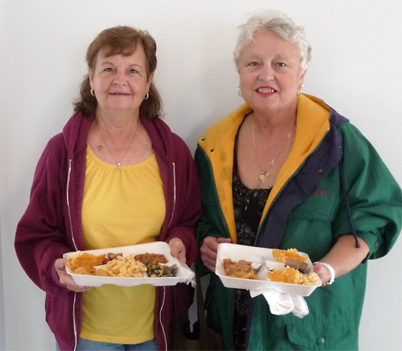 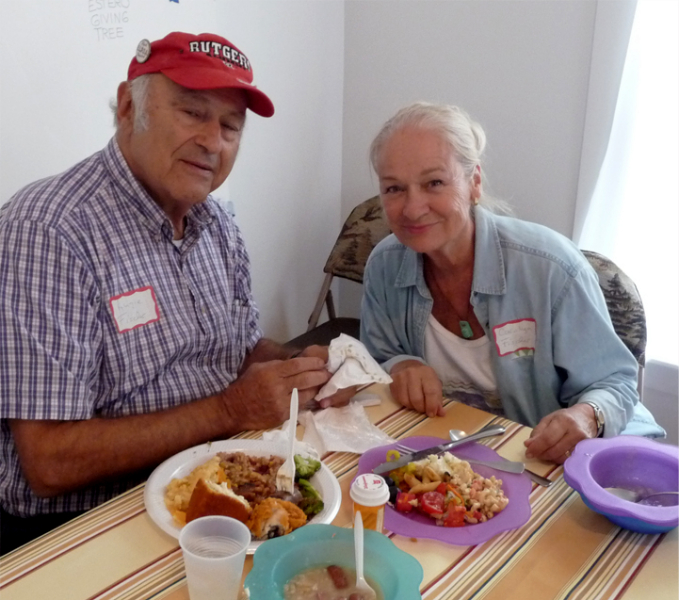 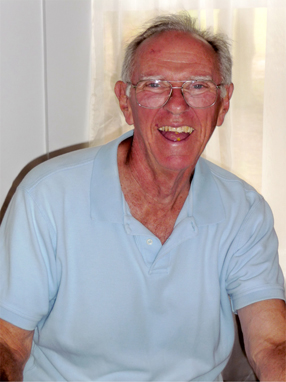 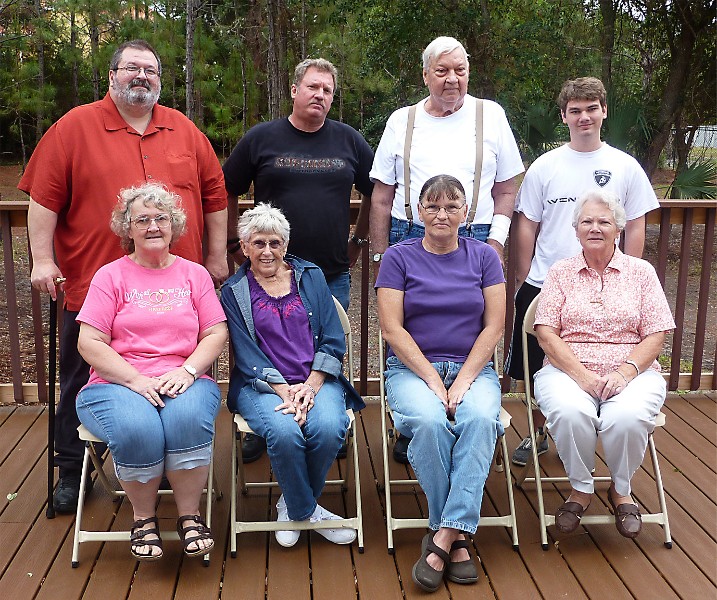 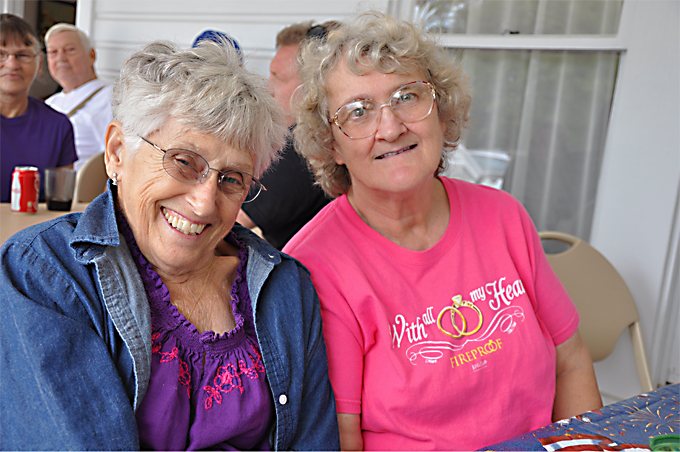 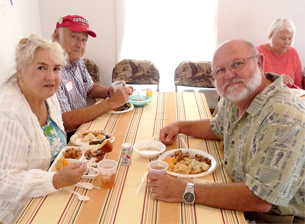 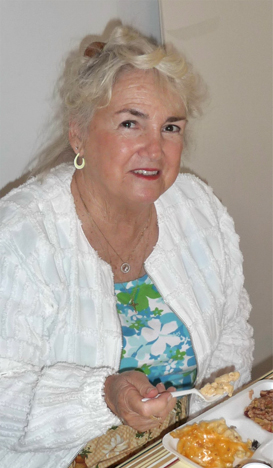 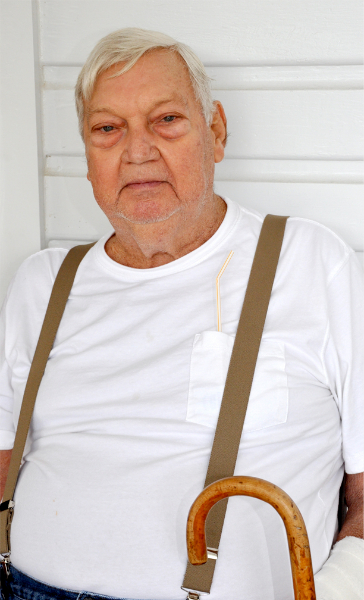 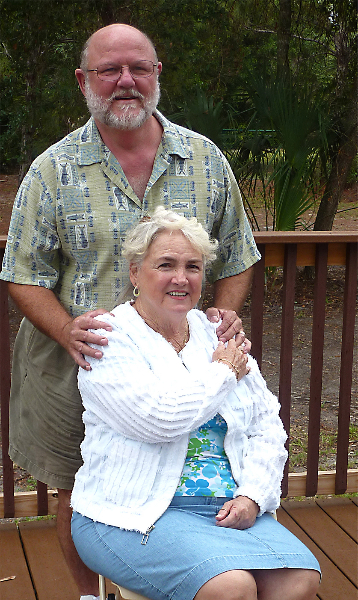 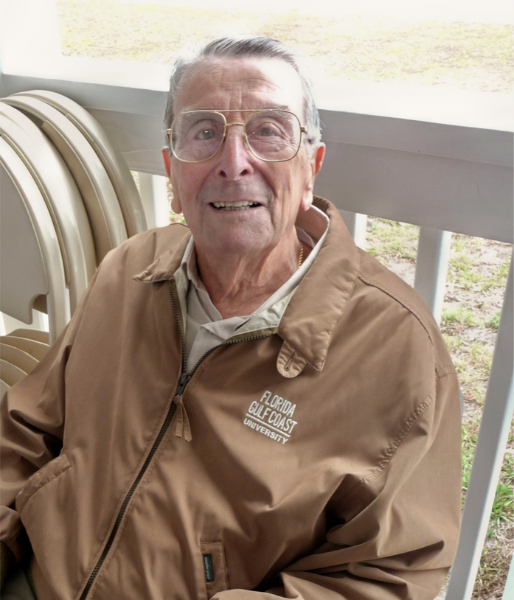 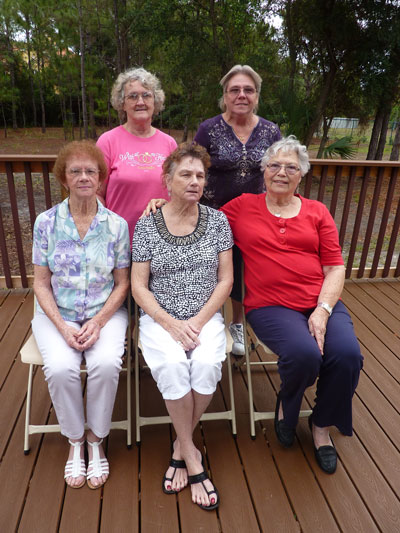 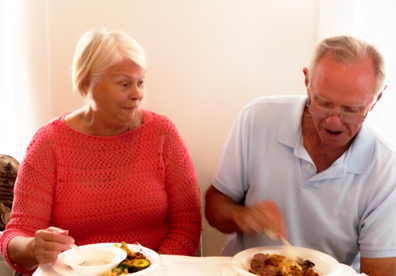 ESTERO — Squeezing oranges by hand, roller skating in a converted schoolhouse and enduring long bus rides to Fort Myers were among the memories shared by native Estero residents Saturday during the Historical Society’s annual Pioneer Picnic honoring the community’s first settlers and their descendants.

“When we were growing up, Estero had maybe 500 people, nearly all related,” said Kay (Smith) McCullers, sitting alongside her cousin Darlene (Horne) Johnson, both are descended from the Fernandez pioneer family. “We would walk down 41 to the K-U — the Koreshan Unity store — to get bread. We could go to the Methodist church, which we did often, then walk down to my Aunt Rosa’s on the corner, down Highlands to the river and make a circle. Then we had said ‘hi’ to everybody that lived in Estero.”

The entire trip took only a couple of hours, including stops to visit.

“At one time in Estero, you were related to everybody, or if you weren’t, you thought you were,” joked Johnson, whose mother, Evelyn, was an early Estero school teacher and a longtime worker at the Koreshan Unity compound.

Evelyn (Leuttich) Horne wrote a recipe column for the Koreshan newspaper, the American Eagle, served as a chauffeur and took care of the last five Koreshans before they died. Her family lived on a houseboat on Mound Key before settling in Estero when she was six years old.

The Horne family has roots all the way back to Estero’s first settlers, members of the Koreshan Unity, a religious sect founded by Dr. Cyrus Teed which settled in the swamplands of Estero in 1893.

Johnson’s great-grandfather was a Koreshan who relocated from Chicago as a young man. He came with his father, leaving his mother behind when she refused to live in such an inhospitable climate. He eventually left the Koreshans, becoming a commercial fisherman and marrying, which was not allowed under the Koreshan vow of celibacy.

The Koreshans were highly educated and capable people — they operated their own bakery, machine shop and power plant — but they endured much tribulation on their journey toward utopia.

“They had to go by boat to Fort Myers to buy any groceries, and everything was bartered,” Johnson said. “They lived off fish, shrimp and scallops.”

One year, the Koreshans survived on nothing but peanuts, Johnson was told by one of the last living Koreshans, Vesta Newcomb, who came to live with Johnson and her husband.

In her lifetime, Johnson has experienced a dramatic population explosion and development boom in Estero, which was little more than a tiny blip on the map between Fort Myers and Naples when she was growing up.

Although her mother briefly taught at a small schoolhouse on East Broadway, children began being bussed to Fort Myers for school in the late 1950s. The building was then converted for a series of uses which included a church, a community center and even a roller skating rink. It is a private residence today.

“I can remember going roller skating there, and having Halloween parties and cake walks there,” Johnson said.

Don Newberry remembers his older brothers attending school there, but by the time he was school aged, he was sent to Fort Myers on a grueling bus trip with one stop in Bonita, one stop in Estero and another stop at Gladiolus Drive in Fort Myers. There was nothing in between.

Newberry is a lifelong Esteroan, growing up on Sandy Lane. His father, Jay Newberry, relocated to Estero from Winter Haven in 1945 to work in the Marshal Brothers orange groves, and eventually purchased a grove of his own.

“I used to work 24 hours in season packing fruit,”

Kay McCullers also grew up in the citrus groves. Her father, Hugh Smith, hitchhiked from south Georgia to Estero at age 13 to work in the Floweree groves. He started his own fruit shipping business and opened a fruit stand on US 41.

The family juiced 24 gallons each night and sold out by 11 a.m. the next day, she said.

Clyde C. Marshall and sons opened a larger operation down the road, but it never detracted from the Smith family operation. “I don’t think he did any more business than we did because we had regular customers,” McCullers said.

Hugh Smith died a week before his 69th birthday doing what he loved. “He was picking grapefruit when he had his famous stroke and left this world,” his daughter said.

The other big industry in early Estero was commercial fishing, the heritage of the Fernandez family.

Tom Fernandez’s father was born on Mound Key in 1900, two years after his Portuguese grandparents, Antonio and Mary, landed there by mishap. They intended to become Catholic missionaries in Tampa but were abandoned on Fort Myers Beach by the pirate Juan Gomez.

They were found by another early pioneer, Frank Johnson, who taught Antonio to fish. Generations of Fernandez descendants have fond memories of catching fiddler crabs at Weeks Fish Camp off Coconut Road.

The picnic was held at the renovated Hall-Collier House in Estero Park, which is being transformed into a museum. The society is now raising funds to restore a 1909 School House through the sale of commemorative bricks. For more information, visit www.esterohistoricalsociety.com.