Formed 1901, the Alva Book Club, was incorporated as the Alva Library Association November 15, 1906. It provided the first public library in Southwest Florida on this lot donated by Captain Peter Nelson, Alva’s founder. This library was dedicated June 26, 1909

The Owanita Baptist Chapel, built 1901, was moved to the Alva Methodist Church after the 1926 hurricane, and later to the library lot. In 1974 the Alva Library Association and the Alva Garden Club agreed to use the site for a museum. It was dedicated July 4, 1976. The Alva Museum is a collection of early historical memorabilia of Eastern Lee County. 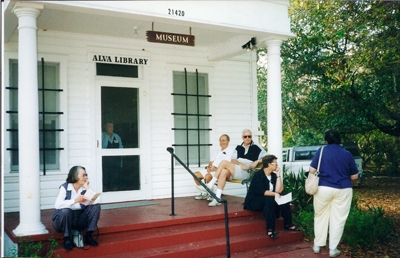 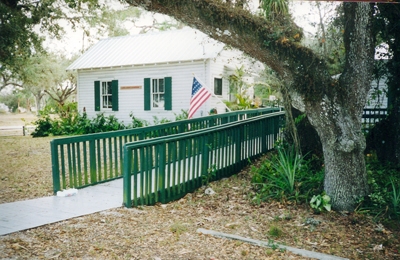 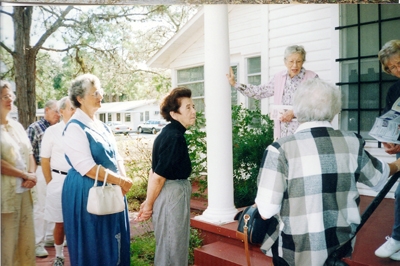